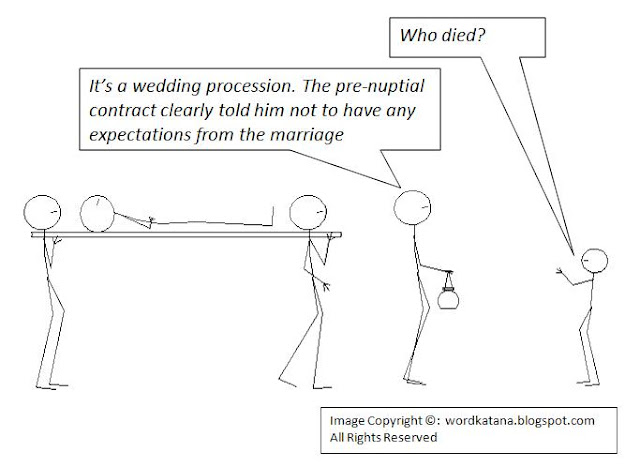 2 thoughts on “Marriage in the time of WCD, a Prenuptial Out-law”